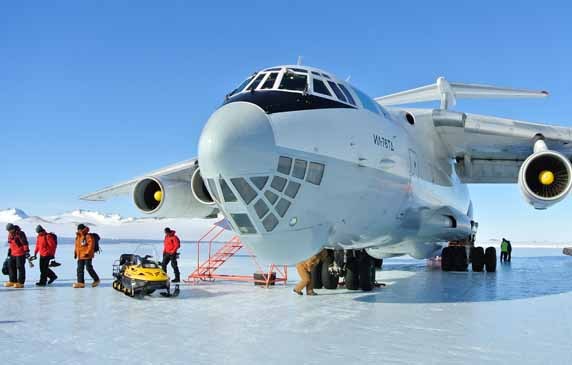 The experience of modern air travel is oddly homogenized, predictable and vaguely annoying.  Like with many things in life, we tend to only notice the deviations from the expected – perhaps an act of kindness by a fellow passenger or, more often than not, some unexpected hassle like a flight cancellation or lost luggage. Our general annoyance around travel belays the big idea: that we live in an incredible age where we can, with an extraordinarily high degree of confidence, get on a plane and arrive at the furthest ends of the earth within a day.  It is truly one of the greatest achievements of our era.   It’s also bizarre and often disorienting – San Francisco one moment and Hanoi the next.

All the best Journeys take time.  And passage by foot, ship, camel, or car, while potentially difficult, dangerous and time consuming, often gives our mind time to prepare for the destination.  Instead of the main cabin door swinging open to reveal the bounty of a new country, we slowly adapt to the changes – the Orient Express eases us from the serenity of Paris into the bustle of Istanbul.  The foreplay of the journey makes the ultimate destination that much sweeter.

I write this from 33,000 feet above the Gulf of Mexico bound for Santiago, Chile.  My destination is the South Pole in Antarctica by way of Santiago and Punta Arenas.  I’m heading to 90 degrees South with the speed and support that would have both shocked and delighted Amundsen.  I’ll make the pole in the time it would have taken them to traverse just a few miles in the brutal Antarctic interior.

Even in the modern era, Antarctica remains one of the most inhospitable, difficult places to reach in the world.  Really only accessible during the Austral summer (November – March), visitors to this Terra Incognita are generally of three flavors – scientists, tourists and the military.  Scientists generally fly onto the continent from New Zealand or South America onboard military transports. Most tourists arrive by boat from Ushuaia and cruise from harbor to harbor along the Antarctic Peninsula.    A small number of tourists and adventurers arrive on the continent by way of a four-hour flight aboard a modified IL-76 aircraft that departs Punta Arenas.  This large Russian jet flies to the edge of Patriot Hills, onto a specially prepared Blue-Ice runway adjacent to Union Glacier camp.  This incredibly complex Antarctic ballet is choreographed by Adventure Network International, a private outfitter that has become one of the only ways for non-government sponsored personnel to gain entry to the interior of Antarctica.

Nature willing, I’m going to be on that IL:-76 in just three days,  Although this is my fourth trip to Antarctica, this will be my first to the center of the continent.  And my first not on a boat.  So, instead of a slow but exciting trip down the Beagle Channel and across the Drake Passage, I’ll hop on a plane and arrive at the Crystal Desert.  The door will open and I’ll be in a place it took the heroic explorers months to reach.  It’s great – in a way…but I’m a bit melancholy about Antarctica being delivered on a plate without too much effort.  Well, that’s the purpose of this log…to keep track of the journey and, perhaps, to mitigate that suddenness with intention and thought.  I’m also sure Antarctica herself won’t let me off that easily, she’s a demanding lady and deserves respect.  One my first visit to the continent, I saw her take the life of a fellow traveler, who fell into a crevasse.  The beauty of Antarctica is only matched by her cold, unforgiving judgment.